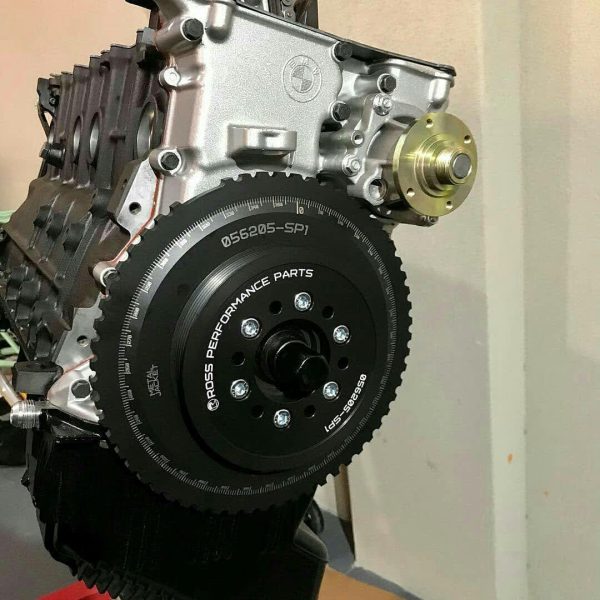 Harmonic resonance occurs when a system is subjected to an oscillating or cyclic loading with a frequency similar or the same as the natural frequency of the system, in this case the crankshaft. The result is oscillation at a much higher amplitude than the original load (the piston firing). If an engine lingers in this natural resonance continuously, crankshaft failure can occur. The harmonic damper is installed to reduce the peak amplitudes of these vibrations/oscillations to a sustainable level, reducing engine ware and risk of crankshaft failure.

Harmonic vibrations are caused by the way a crank twists and subsequently rebounds each time a piston fires, this is torsional twist and torsional vibration and occurs due to the immense torque exerted on the crankshaft and then released.

If these vibrations are not addressed, they will cause material fatigue, reducing the life of the crankshaft, bearings and associated components. Torsional twist can also interfere with the rotation of the crank, essentially trying to torque the shaft in the opposite direction. Which may impact the horsepower potential of the engine as well as adversely affect ignition timing.

As engine power increases, so does the amplitude of vibrations, resulting in accelerated wear on critical engine components. Not only does this affect the longevity of the engine but can also reduce the power output, both directly, and indirectly, by adversely impacting the efficiency of other high-end engine modifications.

A harmonic damper absorbs vibrations using an inertia mass suspended in an elastic material. As the hub of the damper vibrates with the crankshaft, the inertia mass remains static relative to the hub, this requires the rubber to deform. This deformation consumes energy, reducing the oscillation. All of this happens while the damper is spinning on the engine.